Raising your first equity crowdfunding round:

How to succeed on Crowdcube and Seedrs

According to Beauhurst, equity crowdfunding continues to grow in popularity with 356 campaigns across seed, venture and growth stage successfully raising over £214m in 2017.

But what does it take to launch a successful equity crowdfunding campaign and how can you maximise your chances of success?

We decided to find out by conducting research into those those who successfully raised investment on the leading equity crowdfunding platforms, Crowdcube and Seedrs.

Our sample was made up of 33 entrepreneurs who successfully raised investment on Crowdcube and Seedrs in 2017. Their campaigns cover a range of sectors from Food & Beverage to SaaS/PaaS, with raises ranging from £60k all the way to over £3m.

We’ve put together the following report to share our findings, helping you to understand what it takes to successfully raise investment through equity crowdfunding.

We asked our Crowdfunding Champions what attracted them to equity crowdfunding. Here’s what they had to say…

Unlike raising investment privately, with equity crowdfunding everything is made public. For those that succeed, this can be a great way to generate awareness and capitalise on free publicity. When asked what was the main benefit of launching their equity crowdfunding campaign, 24% cited brand exposure. For some, this can even lead to an increase in sales, with 33% saying they saw an increase as a result of launching their campaign.

“Owning shares in a business is an extreme form of customer loyalty program. The customer actually has a vested interest in the brand’s success.” Many of our Crowdfunding Champions recognised the benefit equity crowdfunding can have on customer loyalty. Not only this, but often these customers will become real ambassadors for your product/service, going above and beyond to promote your brand.

As you’ll see later on in this report, the time involved in launching an equity campaign should not be underestimated. However, according to John Auckland, many of the founders he speaks with spend over a third of their time raising funds, and many industry commentators suggest it takes an average of six months to close a funding round. It’s no wonder that our Crowdfunding Champions mentioned speed as one the reasons for using equity crowdfunding. Also, it’s not just the speed that plays a part, it’s the certainty that a founder knows they’ll either close the round or fail by a specific date. This makes it easier to plan the future of a business when you have defined timescales.

Launching a successful equity crowdfunding campaign doesn’t come without its challenges. We asked our Crowdfunding Champions what was the most challenging part of launching their campaign, 55% cited the overall time commitment.

As we saw in the previous chapter, 55% of Crowdfunding Champions reported ‘overall time commitment’ as the biggest challenge of running their campaign and the bulk of this time happens before launch.

Maximise your chances of success

Creating early momentum is essential for any crowdfunding campaign. 85% of our Crowdfunding Champions built a subscriber list of interested investors before launch. This can be a great way to gauge the appetite from your own network and understand how much you can expect them to invest.

It is widely advised that if you can hit 30% of your crowdfunding target in the first 48 hours you are far more likely to go on to succeed. Although this is not a prerequisite it does reinforce the importance of creating early momentum – professors Agrawal, Catalini, and Goldfarb found that campaigns become more attractive when others have found it attractive. Lana Elie, founder of Floom was able to raise 50% of her campaign target on the first day through pre-committed investment, putting her in a stronger position when approaching other investors. Our findings show that on average, our Crowdfunding Champions had 45% of their target pre-committed before launch.

Nearly half of all our Crowdfunding Champions offered rewards (sometimes know as ‘soft dividends’) to incentivise investors from discounts to free merchandise. Offering rewards can be a great way to encourage investing and build your customer base. If you do decide to offer rewards, be aware that offering rewards above the value of £1000 may have implication on your investors tax relief.

Launching a success equity crowdfunding campaign alongside running your business can be a stressful ordeal, especially if it’s your first time. Thankfully, there are specialist service providers who can assist with all areas of your campaign from accounting to PR. 82% of our Crowdfunding Champions hired one or more service providers to help them with their campaign.

Find the right service provider for your campaign.

According to crowdfunding expert Kendall Almerico, most equity campaigns fail because they do not market their offering correctly. Like in your own business, it is important to have a clear marketing plan for your equity crowdfunding campaign, providing clarity on who you will be targeting and how you will drive them to your campaign.

We asked our Crowdfunding Champions what was the most effective channel for securing investment. Our findings show a more targeted approach of reaching out to investors directly was the most effective channel. Although equity crowdfunding platforms have removed the need to deal with investors directly, meeting face-to-face may still be the preferred option for professional investors who are more accustomed to this approach. Rishi Chowdhury from IncuBus for example, found that 80% of his face-to-face meetings with investors lead to investment in his campaign.

Understanding where your investment is likely to come from and the value of your own network is vital. To understand the funding split of a typical campaign, we asked our Crowdfunding Champions to indicate what percentage of their total raise came from their existing crowd (friends, family, customers), the platform and their marketing efforts during the campaign.

“Talk to people who have already done it. Mobilise your contacts before campaign and schedule them so the campaign gets momentum and ticks along. Meet people face to face.” 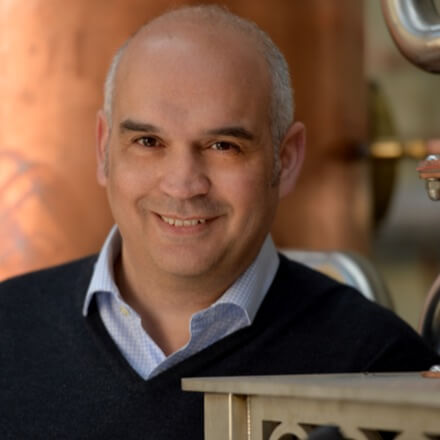 “Prepare well! And get those first investors committed before launch.” 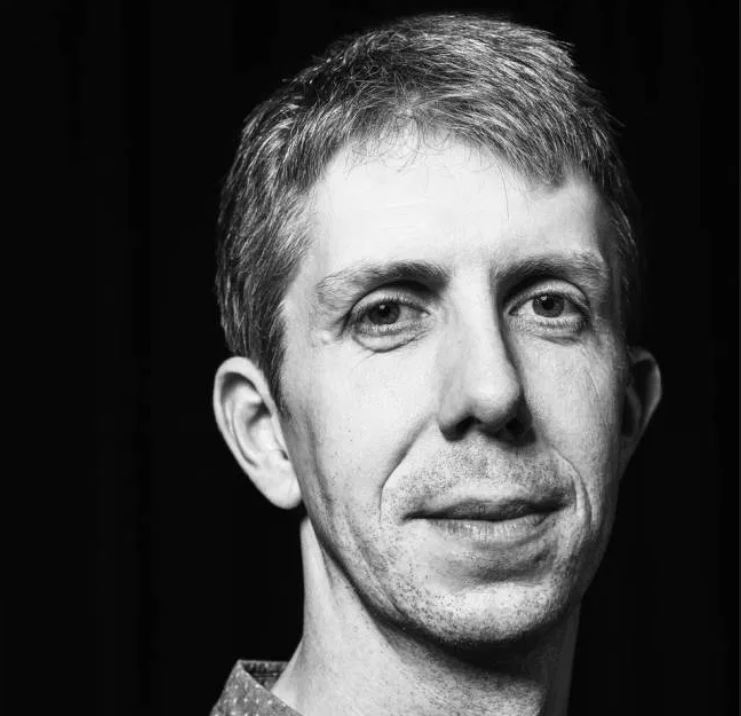 “If you're very early stage have plenty of people lined up to invest before you start.” 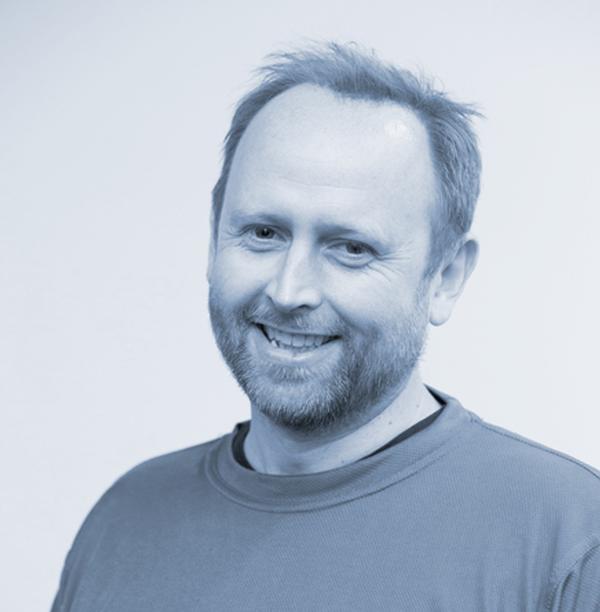 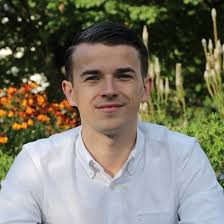 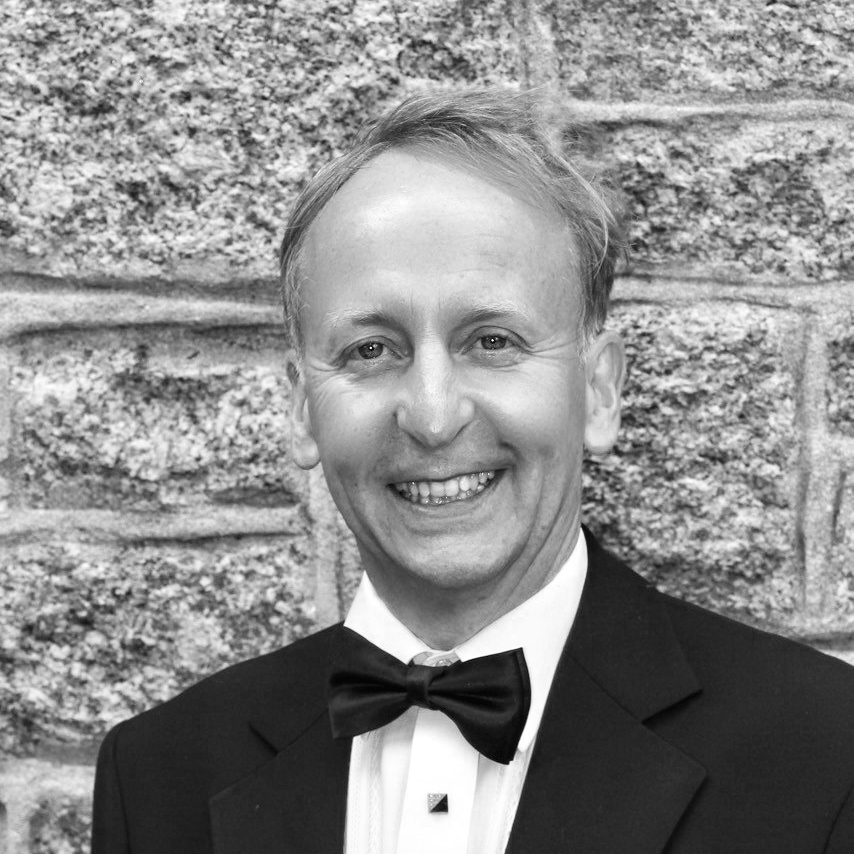 "Promote heavily before and during the campaign." 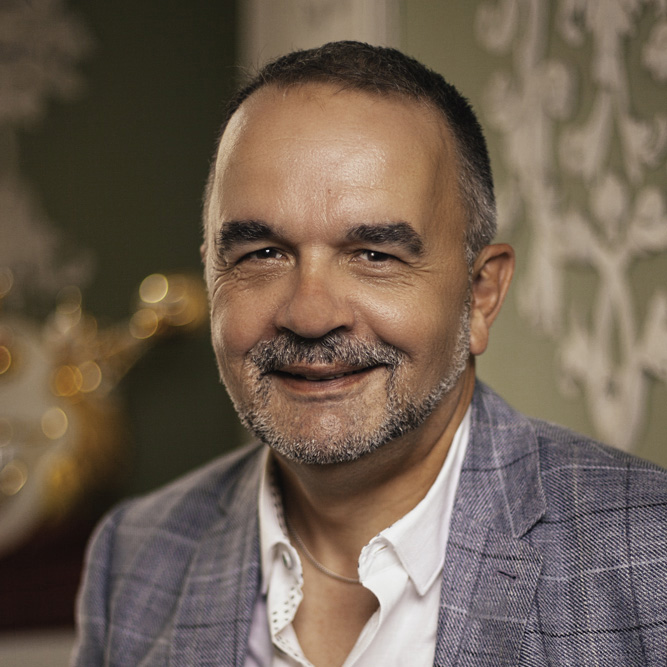 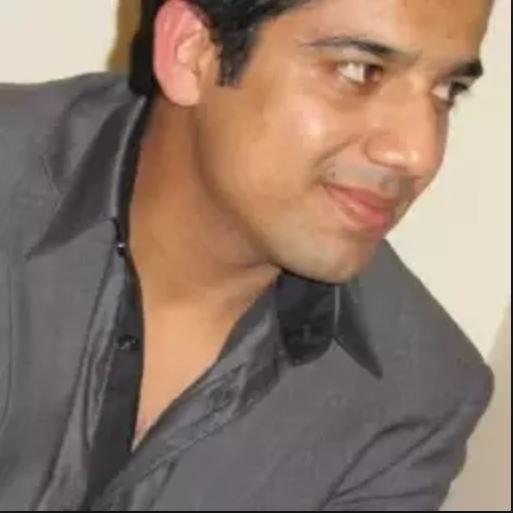 "Put your all into every part of it, from the video to events you run to shouting about it on social media. Don't hold back!!" 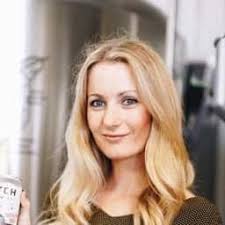 "Be understandable, professional and believable." 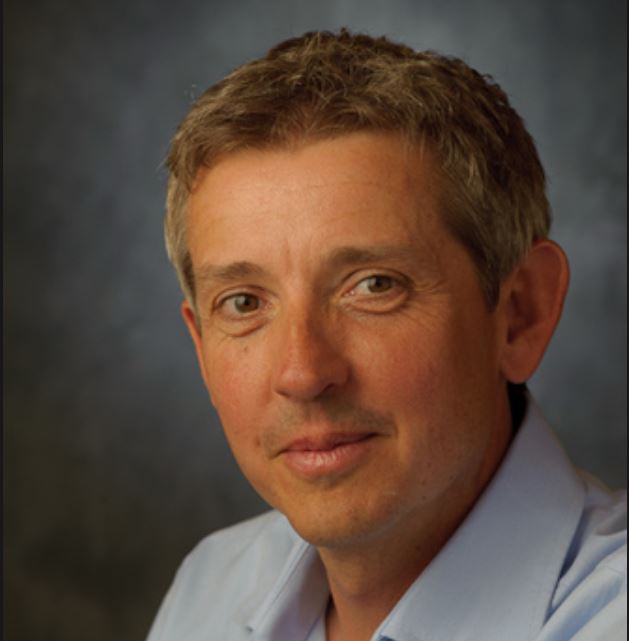 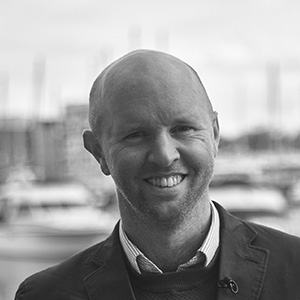 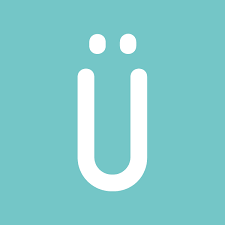 "A good pre-launch campaign is key to make sure you have a good chunk of the target already lined up. Use your existing community if you can." 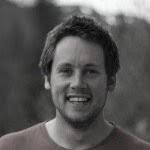 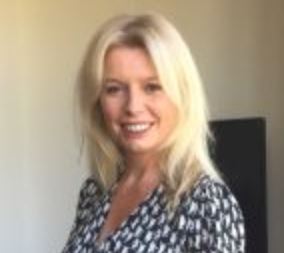 “It makes much more sense to own a little bit of successful company, than having most of shares of a company which worth nothing.” 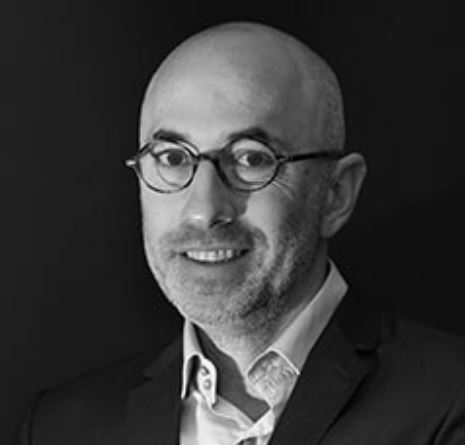 "Pre raise as much as possible 30% plus" 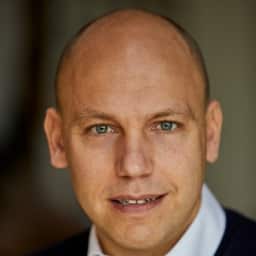 "Only go into the raise having commits of 70% of your target in advance. If you don't have commitments but need the money, lower your target and carry on raising." 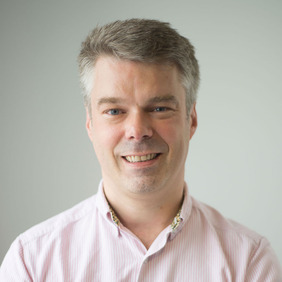 "Lots of preparation, getting pre-commitments and marketing it aggressively via all channels available." 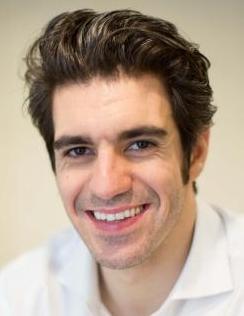 "Monitor all active campaigns for a couple of month's prior to learn the do's and dont's. Be entriely open and honest in communication with potential investors through the platform. Your performance here is more important than the pitch, always assuming the idea is a good one." 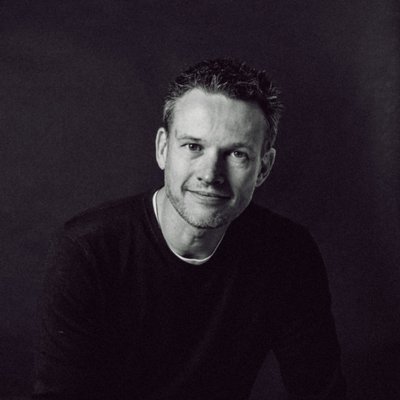 "You need a good lead investor to generate momentum (unless the business already has significant traction/market presence)." 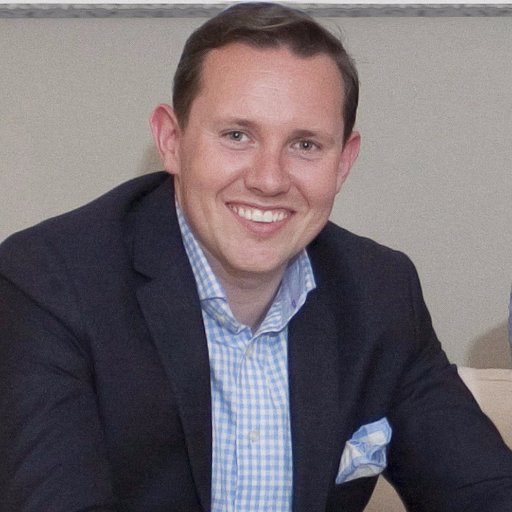 "Ensure you have identified 50% of your target funds from your existing network." 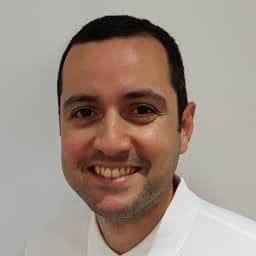 "Prepare every answer the crowd may ask you in advance." 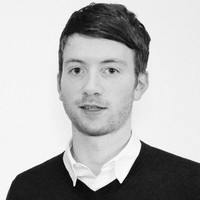 "Aim to raise more money and get help with the campaign." 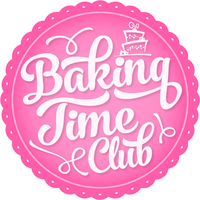 "Make sure you have at least 50% committed privately in advance." 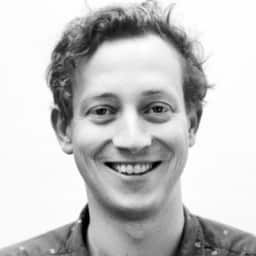 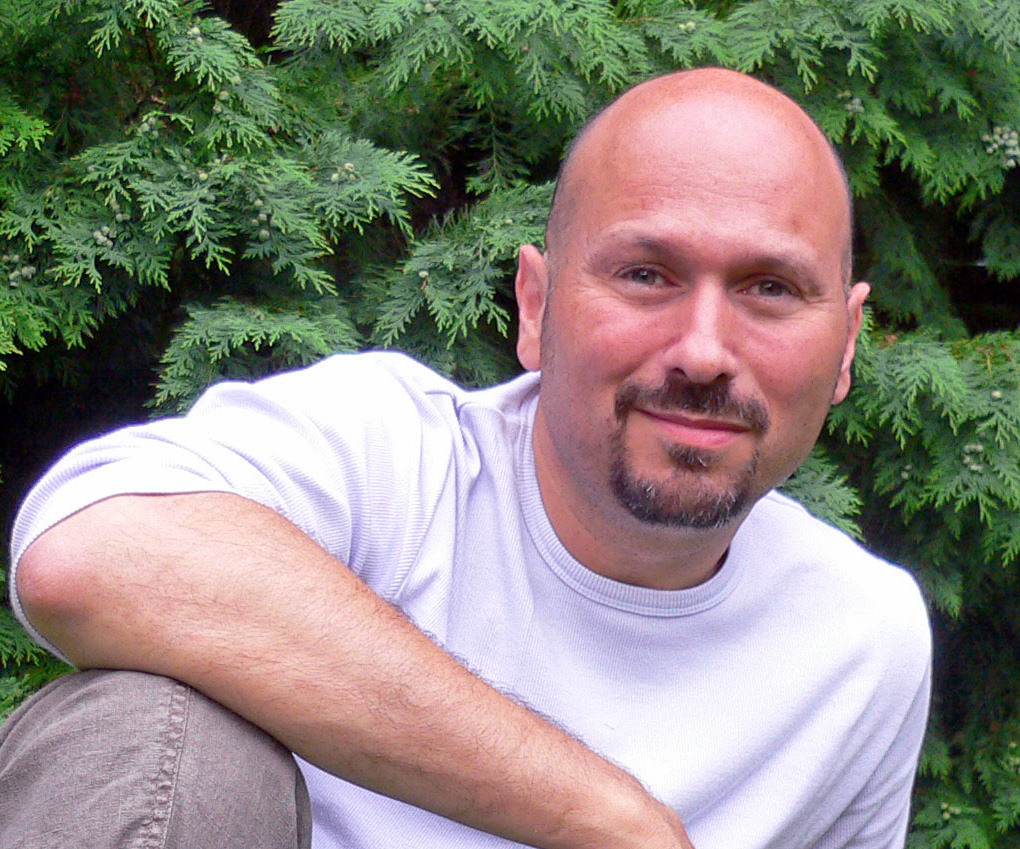 "Do your homework. Prepare meticulously. Pay to have professional documents prepared for you: a great Pitchbook, excellently presented financial forecasts. Invest in a great crowdfunding video (£3k at least). Also hire a crowdfunding consultant/expert. Whilst this costs money, it really increases your chances of funding as they have built up so much knowledge and expertise on the subject." 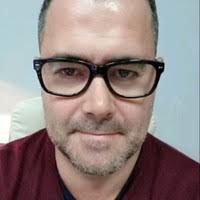 "Have as much as possible lined up and focus on overfunding." 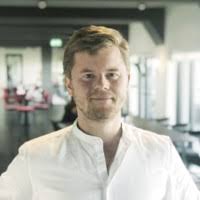 A huge thank you to all of the companies that took part in our research with special shout out to our equity crowdfunding experts who helped put this report together.

Nathan Rose is the bestselling author of Equity Crowdfunding: The Complete Guide For Startups & Growing Companies. He has appeared at crowdfunding events around the globe, including in Toronto, Amsterdam, London and Paris, and has spent time as an Expert in Residence at CrowdfundingHub.
Today, he helps startups from all over the world use equity crowdfunding to gain marketing exposure and raise money at the same time.

John Auckland is a crowdfunding consultant and writer. He’s the CEO of a crowdfunding marketing communications agency TribeFirst, and he also runs both Virgin StartUp and Grant Thornton’s crowdfunding accelerator programmes. TribeFirst has run over 50 campaigns raising more than £14m across Europe and the US, so there’s not much he doesn’t know about crowdfunding!